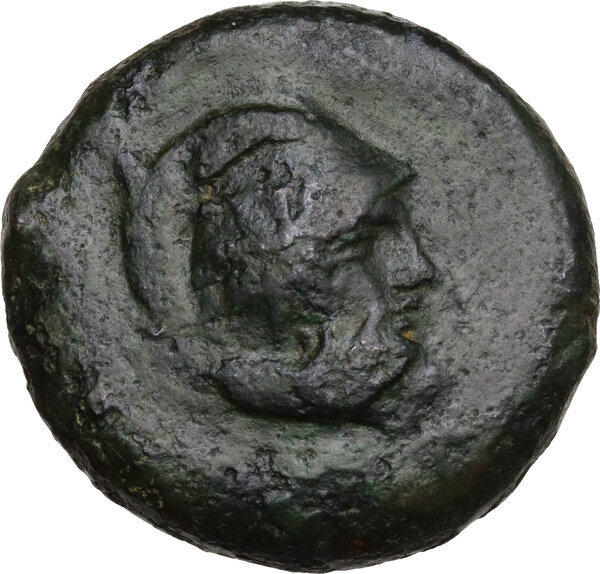 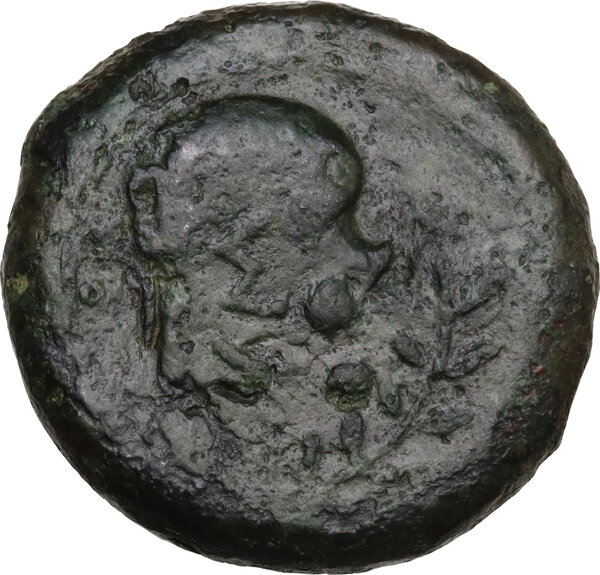 Lotto 101:
Sicily. Mytistraton. AE Hemilitron, c. 344-336 BC. Obv. Bearded head of Hephaistos right, wearing pileos. Rev. YM and six pellets within laurel wreath. HGC 2 953; CNS III 1; Castrizio Series I, 1; Campana 2. AE. 27.49 g. 30.00 mm. Overstruck on a Syracusan AE Drachm (Head of Athena/ Two dolphins type). VF/About VF. Mytistratos is described by one ancient source as "a fortress of Sicily". Probably located near modern Marianopoli. It was settled by mercenaries, Cammarata thinks from an area under the influence of Metapontum.
The six pellets on reverse prevent us to consider the heavy overstruck Syracusan coin still as a drachm, it is likely that a dramatic reduction to hemilitron of Dionysian drachm has occurred, caused by the scarse resources of the site and its isolatian after the Tyrant's death.
Base d'asta € 400
Prezzo attuale € 750
Offerte: 8
Lotto non in vendita