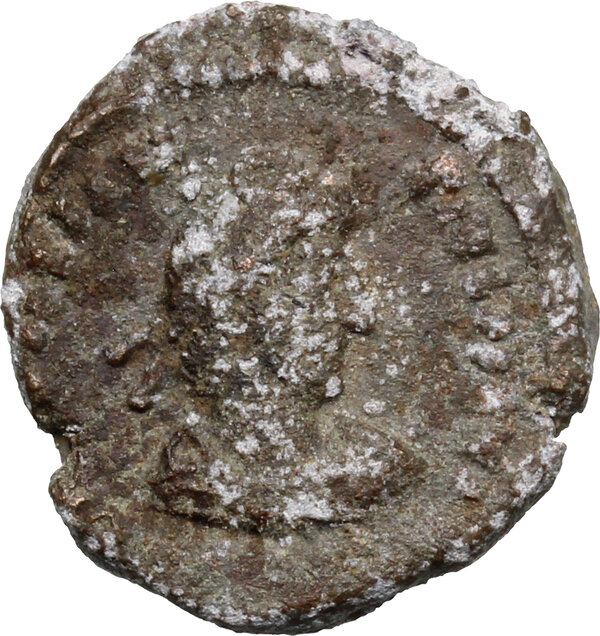 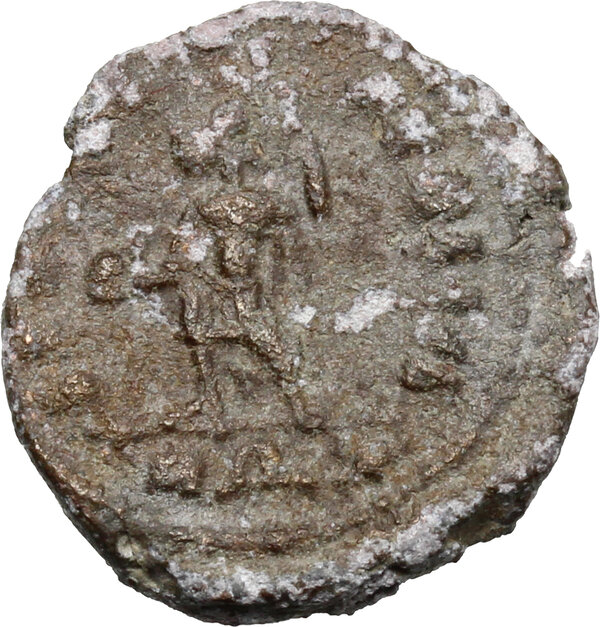 Lotto 584:
Leads from Ancient World. Roman Empire. Contantius II (337-361). PB Token(?). Obv. DN CONSTANTIVS PF AVG. Pearl-diademed, draped and cuirassed bust right. Rev. SPES REIPVBLICE. Emperor, helmeted and in military dress, standing left, holding globe and spear; in exergue, AQP. For prototype, see RIC VIII, Aquileia, 233. PB. 3.52 g. 17.00 mm. R. Nice tan grey toning. About VF. Lead coins were issued in several areas of the ancient Greek world. Most prominent among the issuers are Alexander Jannaeus of Judaea and the rulers of the Nabataean kingdom. Yet unique lead objects from other areas are periodically seen as well, sometimes directly copying one or both sides of an official coin, sometimes bearing completely unknown fantasy types (for example, CNG 85, 330 and BCD Thessaly 1305). These enigmatic pieces are frequently identified as distribution tokens or entry tickets, an untenable attribution given the lack of precise provenance. Other possible uses for the objects abound, including: tokens, bullae, weights, contemporary or modern counterfeits, funerary money, test-pieces or strikes, and even circulating coinage. Of these suggestions, a use as a token or test-piece is most likely. As tokens, the objects may have initially served as proof or guarantee of some sort. As test-pieces, the objects would have served to demonstrate coin designs for approval prior to mass striking, as pattern coins do in the modern world. (CNG 267, 67 note).
Base d'asta € 20
Prezzo attuale € 45
Offerte: 4
Lotto non in vendita