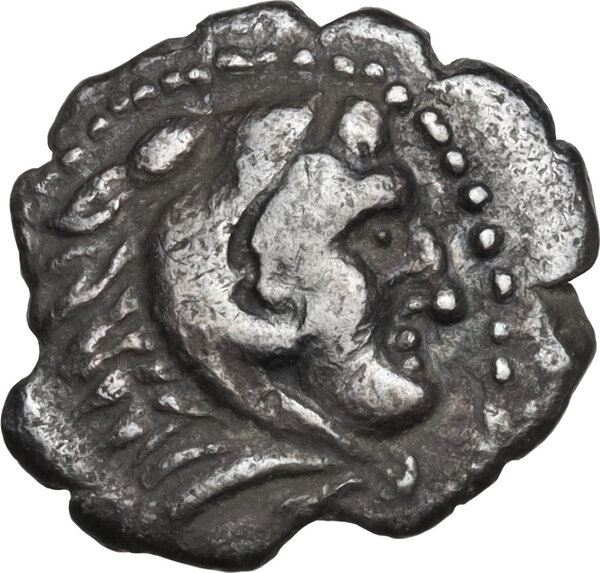 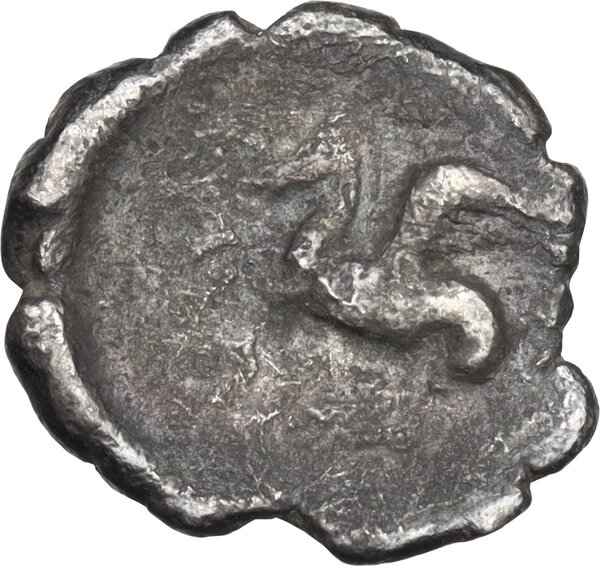 Lotto 75:
Continental Greece. Illyria, Dyrrhachium. AR Hemidrachm, 344-300 BC. Obv. Head of Herakles right, wearing lion skin headdress. Rev. Pegasos flying right, Δ below. Cf. SNG Cop. 433-6 var. AR. 1.31 g. 14.00 mm. RR. Very rare fractional. Edge splits, toned. About VF/F. 'In Dyrrhachium, a smaller denomination was minted with head of Hercules wearing lion skin on the obverse and flying Pegasus on the reverse, somewhere between 280 and 229 BC; that is, nearly one hundred years after the Pegasi staters, between the two Illyrian cow/calf series (staters and drachms). The weight is around 2.5 g therefore some call these quarter staters; despite they are not found together with the Corinthian type staters. Hercules was the patron of Dyrrhachium, but the presence of Pegasus on the coin is unexplained in the mid- 3th c. BC environment. The inscriptions on the reverse vary, ΔΥΡΡΑΧΙΝΩΝ (Dyrrhachinon), or the letters Δ-Υ-Ρ (D-Y-R) between the legs of the animal (clockwise or anticlockwise); or simply a tiny delta.'
(Coinage of the two Greek-Illyrian city states Apollonia and Dyrrhachium, by Gyula Petrányi).
Base d'asta € 70
Prezzo attuale € -
Offerte: -
Lotto non in vendita