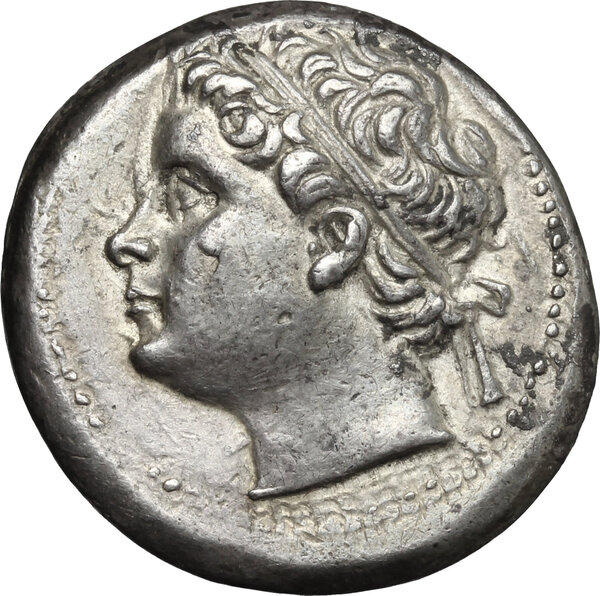 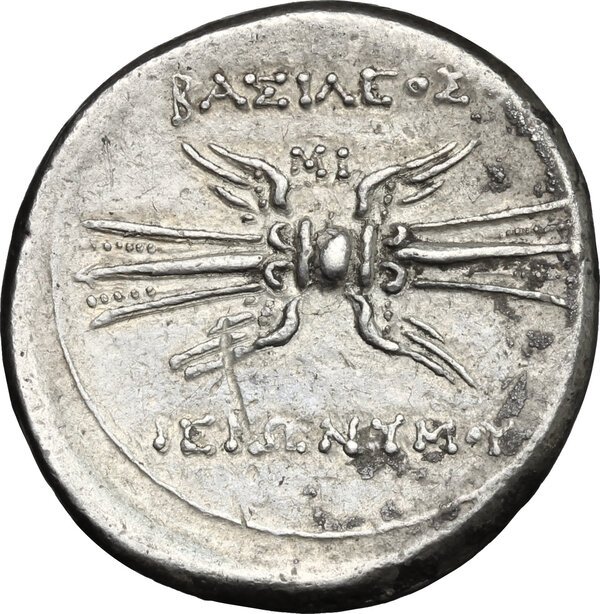 Lotto 139: Sicily. Syracuse. Hieronymos (215-214 BC). AR 10 Litrae. D/ Diademed head left. R/ BAΣIΛEOΣ/IEPΩNYMOY. Winged thunderbolt, MI above. SNG ANS 1025-26. AR. g. 8.43 mm. 24.00 Prettily toned, with iridescent hues. Good VF. The Syracusan ruler Hieron II, a loyal ally of Rome, died in 215 BC while the Romans were locked in a life-and-death struggle with Hannibal of Carthage. His son, Gelon, had predeceased him so the throne of Syracuse passed to his grandson, Hieronymos, a youth of only fifteen. The Carthaginian faction in Syracuse persuaded the new ruler to renounce the Roman alliance which his grandfather had so steadfastly maintained, but this soon resulted in a revolution at Syracuse in which Hieronymos and all the members of his family perished (214 BC). The young king had reigned for a mere thirteen months. (CNG Inventory 728352).
Base d'asta € 250
Prezzo attuale € 460
Offerte: 12
Lotto non in vendita