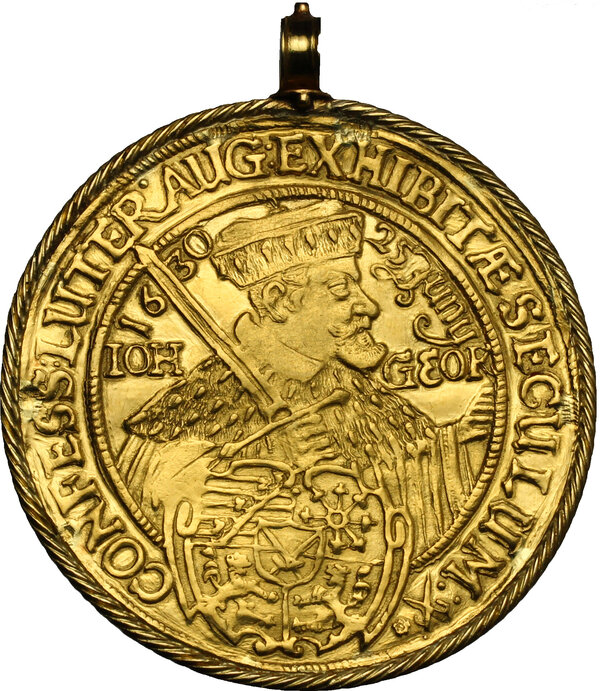 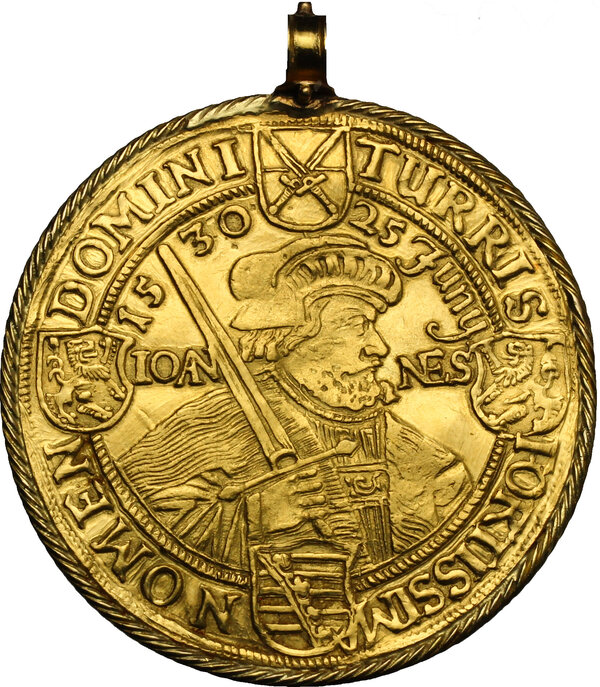 Lotto 965: Germany. German States, Saxony. Johann Georg I (1615-1656). 6 ducats 1630. Clauss/Kahnt 307. Baumgarten 317. Brozatus -. Fried. 2697. AV. g. 24.41 mm. 47.00 RRR. With coeval mounting and eyelet. Tooled. Extremely rare. Good VF. The Augsburg Confession, an outline for the faith structure of the Lutheran Church, was presented on June 25, 1530 to Holy Roman Emperor Charles V at the Diet in Augsburg; the document, consisting of twenty-eight articles would shortly thereafter became one of the most vital documents for the Lutheran Reformation. Given its continuing significance to the faith, Johann Georg saw it fit on the 100th anniversary of its issuance to produce a commemorative series in its recognition. Produced in silver and gold, gold strikings were issued in ducat weight with the larger issues using taler dies. As is commonplace for issues of this size, the present example evidently served less in a commercial role and probably has been worn as religious charm or pendant.
Base d'asta € 4000
Prezzo attuale € 4400
Offerte: 3
Lotto non in vendita