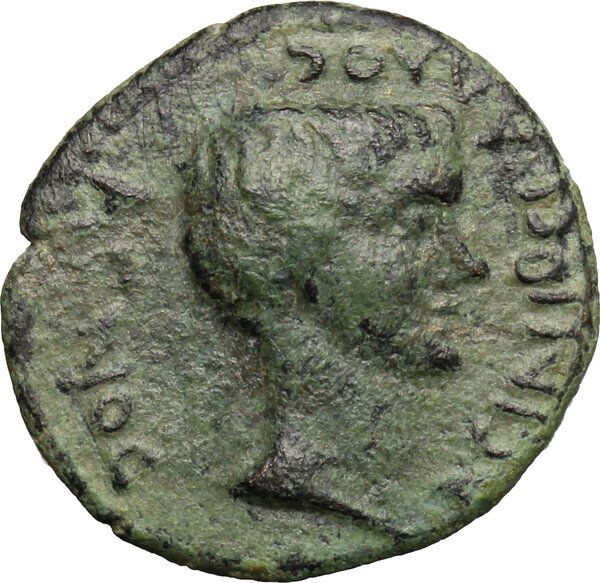 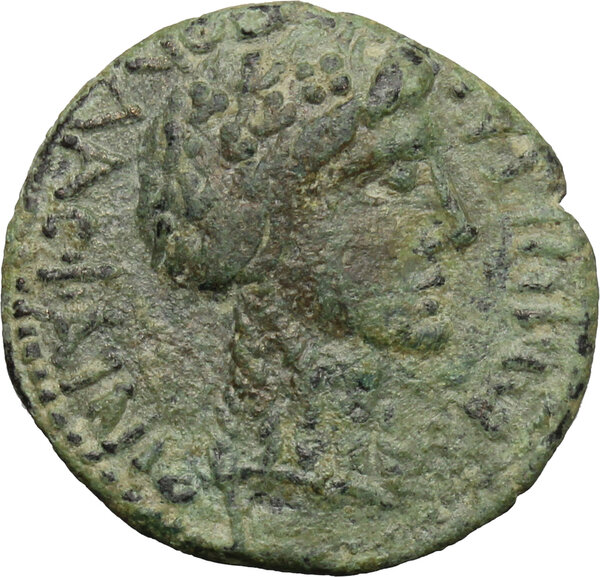 Lotto 303: C. Asinius Gallus. Proconsul of Asia (6-5 BC). AE 17 mm, Temnos mint, Aeolis. D/ Bare head of Gallus right. R/ Head of Dionysus right, wearing ivy wreath. RPC 2447; SNG München 627; SNG von Aulock -; SNG Cop. 276. AE. g. 2.34 mm. 17.00 Good VF. Belonging to an issue that consisted of a second larger denomination in the name of Augustus, this coin is part of a wider phenomenon where a small group of contemporary governors in the emperor’s inner circle were honored with the right to strike coins carrying their portraits. Highly interesting is the obverse legend referring to Gallus as αγνός (= pure, holy). Grant (FITA p. 388) comments that the title “lends him a measure of the superhumanity of the Σεβαστός himself, and so gives his position a religious flavour, with which imperial portraiture is likewise endowed.”

The presence of this title perhaps also serves as a testament to Gallus’ political bravado. While he styled himself φίλος of Augustus (see, e.g., Dittenberger, SIG I, p. 780), his relationship with Tiberius was tumultuous to say the least. In 11 BC he married Vipsania Agrippina, the former wife of Tiberius, whom the future emperor had to reluctantly divorce a year earlier in order to marry the adulterous Julia. Tiberius’ distress over the divorce is well-attested in the ancient sources and, after an embarrassing encounter with his ex-wife Vipsania after which Tiberius trailed her sobbing, Augustus arranged that they not meet again (Suetonius Tib. 7.3). While Tacitus mentions this marriage was an underlying factor behind Tiberius’ hostility to Gallus (see, for example, Ann. I.12), Gallus’ habit of publicly challenging Tiberius before the Senate did nothing to help the situation, his bold actions and ambitious nature only arousing the suspicions of the emperor. His ultimate downfall, however, appears to stem from his later relationship with Agrippina Senior, whose political maneuverings in the AD 20s were a growing source of concern for Tiberius. The exact nature of their relationship is unclear, but Agrippina’s request of the emperor for permission to remarry, along with Tiberius’ later claims that Agrippina and Gallus had an affair and that she eventually died of grief over Gallus’ own death, point to them aiming to form a marital as well as political union. The idea of his old personal and political bane marrying Agrippina, around whom seemed to be growing a more and more dangerous anti-establishment party, appears to have been too much for Tiberius. The emperor had Gallus placed under house arrest in AD 30 and he died of starvation three years later while awaiting trial (Tacitus, Ann. VI.23). To add insult to death, his character was further discredited by damnatio memoriae.
(CNG 88, lot: 903 note).
Base d'asta € 75
Prezzo attuale € 280
Offerte: 18
Lotto non in vendita