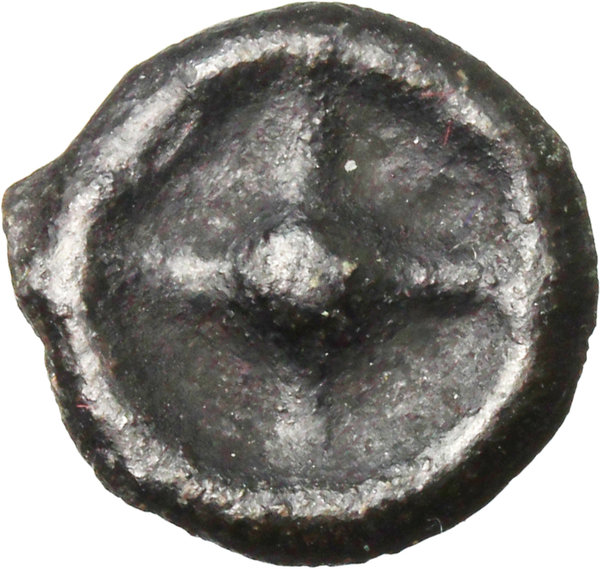 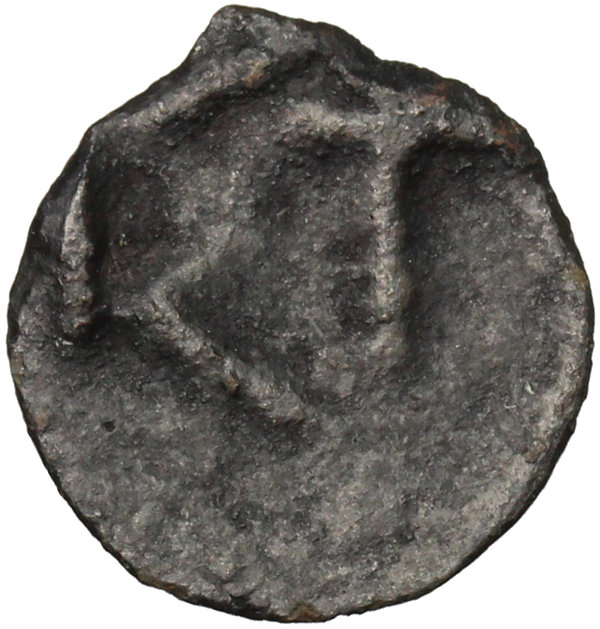 Lotto 79: Continental Greece. Moesia, Istros. AE Cast Wheel type 13 mm, late 5th century BC. D/ Wheel with four spokes (‘solar disk’) . R/ Large IΣT. SNG Black Sea 223-224. AE. g. 1.10 mm. 13.00 RR. Very rare. VF. Istros, located on the west coast of the Black Sea just south of the Danube delta, was a Milesian colony founded in the mid-7th century BC, although the area had been settled earlier by the Getai. The city flourished as a result of its trade in wine, oils, and other Greek goods with tribes located far within central Europe, although the city was sacked by Skythian raiders near the end of the 6th century. As with many other cities in the region, Istros began issuing a coinage of cast bronze arrowheads in the 5th century BC, and possibly earlier. By the end of the 5th century, these were replaced by another cast coinage of bronze ‘wheels’ or ‘solar disks.’ Shortly thereafter, the city developed a precious metal coinage in silver, with a novel obverse type, featuring two facing heads tête-bêche, while the reverse features a sea-eagle-on-dolphin motif that was popularized on the silver coins of Sinope. A bronze coinage with the same reverse type was added to the silver, but featured various deities on their obverse. The silver coinage appears to have ceased with the advent of the Macedonian domination of the area, most likely while Lysimachos was satrap of Thrace; he sacked the city, destroying its walls, circa 313 BC. The bronze continued to be issued sporadically until sometime in the 2nd century BC. (Triton XVI, 109 note).
Base d'asta € 50
Prezzo attuale € -
Offerte: -
Lotto non in vendita