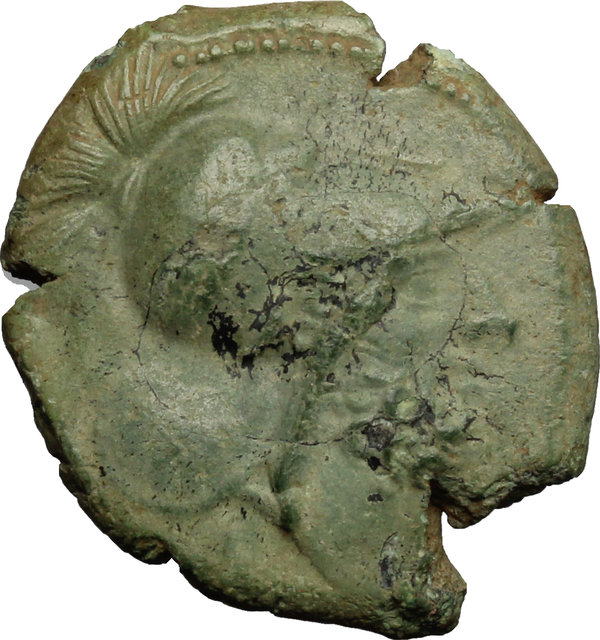 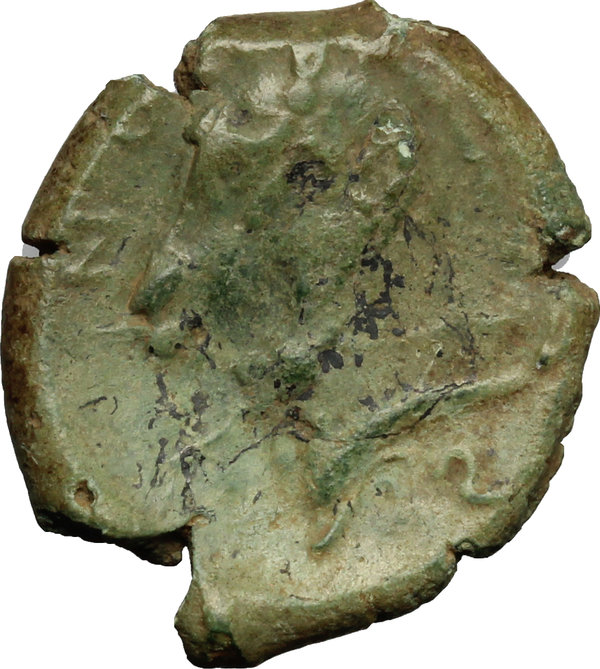 Lotto 20: Greek Italy. Coastal Etruria, Cosa. AE Quartuncia, c. 273-250 BC. D/ Bearded head of Mars right, wearing crested Corinthian helmet. R/ [CO]-Z-A-NO. Bridled head of a horse left, resting on a dolphin swimming left. HN Italy 210. SNG Cop. 17; BMC 3 var. (horse head right); SNG Morcom-. AE. g. 4.79 mm. 19.00 R. VF. The bronze coinage of the Latin colony of Cosa in Etruria and its parallel issue at Rome (Cr. 17/1a-i) have since the 19th century been termed litrae and half-litrae, Etruscan gold and silver denominations with marks of value being described as multiples of litrae. This state of affairs has lead to confusion for it had no justification in the observed behaviour of the 3rd century central Italian economy. The ancient use of the word litra, a Greek term for a Sicilian bronze unit, in the context of a purely Romano-Etruscan coinage without any contemporary parallel in Italy, seems unlikely and certainly not of contemporary usage. It may be better to describe this interesting military issue in Roman weight terms and monetary units with their customary nomenclature. From c. 270-240 BC the weight standard of the Romans fluctuated at around 270 g. (10 unciae) indicating ± 6.75 grams as the theoretical weight of the quartuncia, comfortably accommodating the Rome and Cosa bronzes which range between about 5 and 8 grams. (Triton V, 3 note).
Base d'asta € 200
Prezzo attuale € 380
Offerte: 8
Lotto non in vendita